The Builder Collective
Join our communitySign up for the hackathonPlaceholder
Placeholder

Explore a Cooperative owned by its participants 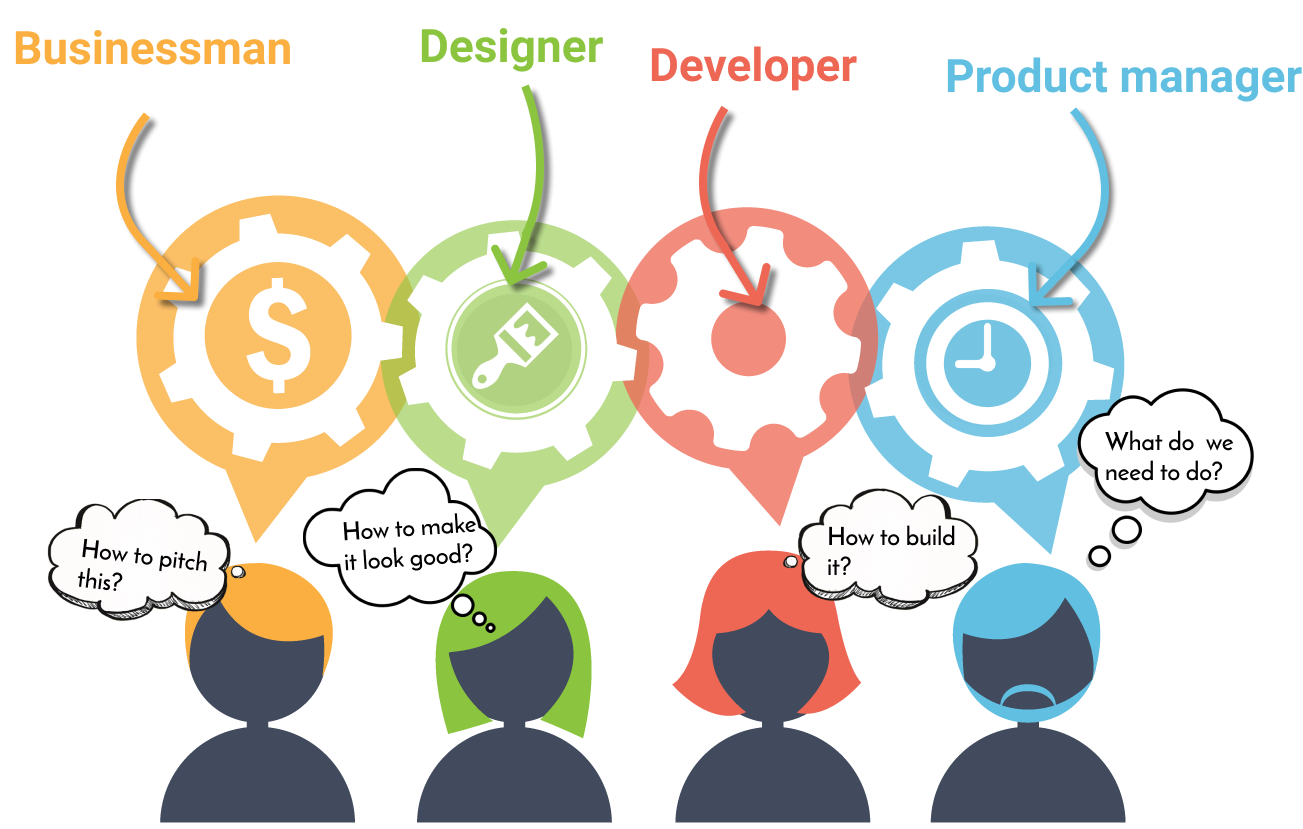 How does it work

decide on the winners together, employing a worldwide wisdom of the crowds to pick the best and most promising projects

The more hackathons and competitions, the more funds the cooperative will have. 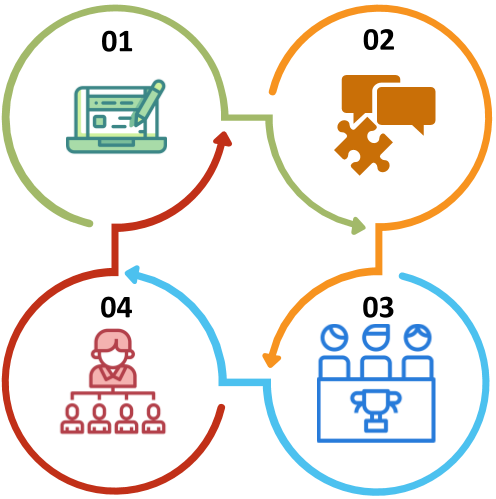 Anyone can join the hackathon, and anyone can sponsor hackathon prizes. A specific company or a collaboration between sponsors to tackle an issue, like SoS hackathon.

Co-op members decide on fund use

Developing the platform, pay its top contributors, marketing, or distributing funds to the entire cooperative.

SOS (Share our Strength) Hackathon is your opportunity to test ideas and develop solutions to heal our world in crisis. 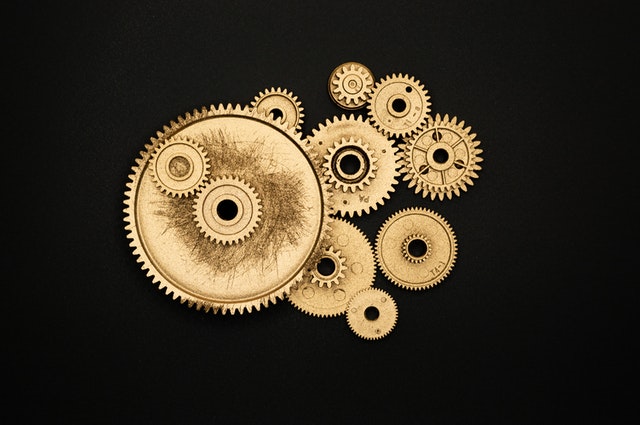 Sign up to share your business idea or build the tech solution that will heal the world. For builders, mentors and community leaders.

Contribute funds to the cooperative, become and official sponsor and get voting shares to decide on hackathon winners. 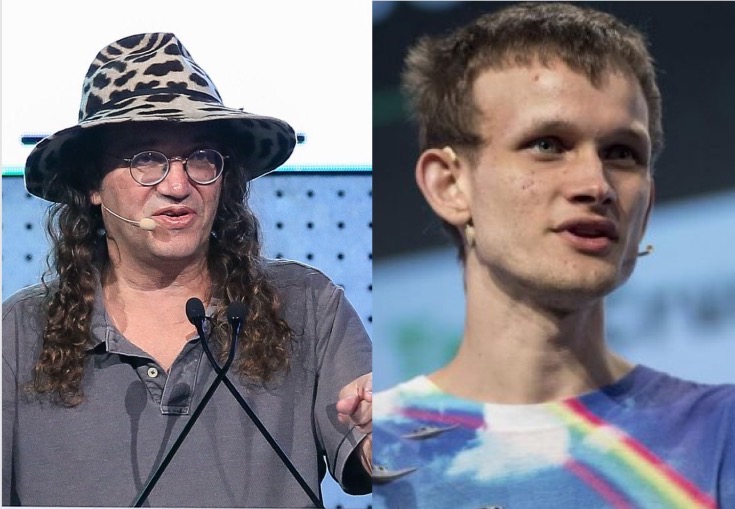 How can you get shares?

What are the ways I can contribute and participate?

How is the co-op digital?

What can a member do?

Learn about what a co-op member can do

The future of the platform

Answers to some common by our community members

How can I get shares in the cooperative?

This is an introduction to the various ways one can get shares in the cooperative. This is version 0.1 and as we move forward we would love to the community proposing and adding different ways to get shares.

Why build a cooperative that runs hackathons?

We are a group of hackers and hackathon organizers.
‍
We have always looked for ways to improve hackathons as a tool for innovation, ship better products, and create better engagement and inclusion of our community.

Hackathons have now transferred to the virtual space, and virtual hackathons are facing many challanges. The biggest issue being that online events have far less participation and engagement compared to physical hackathons. Which makes sense, I'm not physically at the event, but sitting at home with too many distractions.
‍
We believe that if we align the incentives of all those who use the platform, whether they work for, contribute, or pay for it's services, we can create a far more engaging hackathon experience, while building an equitable, more sustainable, and scalable model that rewards those who are a part of it.

Those who create value for the platform, in this case hackers, builders and community leaders, should also be co-owners of the platform and be rewarded by its success.

How does the cooperative work?

1. The cooperative runs virtual hackathons.
- Anyone can join the hackathon and anyone can sponsor hackathon prizes. This could be a specific company running a hackathon on their platform, or a joint collaboration between sponsors to tackle a serious issue, like SoS hackathon.
‍

2. Members, contributors and sponsors decide on the winners together
We are employing a worldwide wisdom of the crowds to pick the best and most promising projects
‍
3. A portion of the hackathon prize funds remains to be managed by the cooperative.
To start 90% of the funds will go to the winners and 10% will remain in the cooperative. The more hackathons and competitions, the more funds the cooperative will have.

4. Members of the cooperative decide together what to do with the funds:
From develop the platform further, pay some of its top contributors, market itself, or distribute funds to the entire cooperative.

How are you creating this "Digital Cooperative"?

The Cooperative uses some of the most innovative and novel technologies in order to create a decentralized, autonomous and self sufficient organization.

These are some of the technologies we are using:

DAOstack is a technological platform for managing digital cooperatives. Allowing users to define rules, manage resources, and collaborate in a mass scale using the Ethereum blockchain. It is open-source, completely transparent and open for all.

We are updating cooperative share allocation once a week with scores of all members.

The more you participate – the shares you gain

Tor.us uses a multi party computation to generate an Ethereum wallet using OAuth, the leading authentication standard.
The wallet is non custodial and based on your Gmail address.

How do Cooperative shares work?

Anyone can become a member

Shares give you ownership of the platform and voting rights in decision making processes:

When does the cooperative launch

We will launch the cooperative on the May 1st. International workers day.
The first cooperative share distribution will happen 7 days later on May 8th, and subsequently every 7 days on Friday.

Are there values and principles?

Yes! these are our values, and we are open for

Co-operatives are voluntary organisations, open to all persons able to use their services
and willing to accept the responsibilities of membership, without gender, social, racial,
political or religious discrimination.
10

Co-operatives are democratic organisations controlled by their members, who actively
participate in setting their policies and making decisions. Men and women serving as
elected representatives are accountable to the membership. In primary co-operatives
members have equal voting rights (one member, one vote) and co-operatives at other
levels are also organised in a democratic manner.

Members contribute equitably to, and democratically control, the capital of their co-operative. At least part of that capital is usually the common property of the co-operative.
Members usually receive limited compensation, if any, on capital subscribed as a condition of membership. Members allocate surpluses for any or all of the following purposes: developing their co-operative, possibly by setting up reserves, part of which at least
would be indivisible; benefiting members in proportion to their transactions with the
co-operative; and supporting other activities approved by the membership.

Co-operatives are autonomous, self-help organisations controlled by their members. If
they enter into agreements with other organisations, including governments, or raise capital from external sources, they do so on terms that ensure democratic control by their
members and maintain their co-operative autonomy.

Co-operatives provide education and training for their members, elected representatives,
managers, and employees so they can contribute effectively to the development of their
co-operatives. They inform the general public - particularly young people and opinion
leaders - about the nature and benefits of co-operation.

Co-operatives serve their members most effectively and strengthen the co-operative
movement by working together through local, national, regional and international structures.

Co-operatives work for the sustainable development of their communities through policies approved by their members.
Source: International Co-operative Alliance

Is there a referral program?

Yes we do! we are using 2key.network to reward those who bring members and sponsors to the hackathon

What are the benefits for a cooperative member?

Absolutely. This is a month-to-month, pay-as-you-go service. You can upgrade, downgrade or cancel at any time.

More questions? Get in touch